On Monday, Molly and I met Sherry, Jack, and Chloe at the Arboretum for a fun play date.  Apparently Mondays, which we were unaware of, is Mommy and Me day at the Arboretum.  I have never seen so many moms, strollers, and kids in one area.  We debated on leaving but we decided to stay and it was so much fun!  The weather was amazing and the pumpkin houses were so cute.  After playing around and trying to get some picture of the kiddos we walked around the rest of the Arboretum and found a secluded place and had a nice picnic lunch.  Molly would not cooperate with pictures she thought it was more fun to throw the hay, but she did stand still to show me her pumpkin she was holding :) 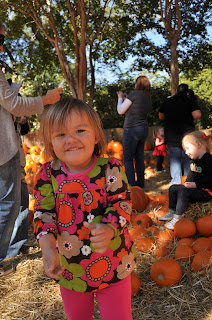 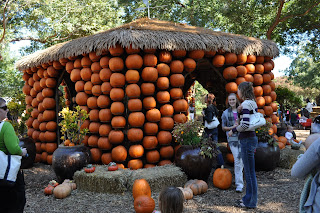 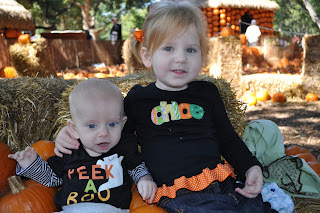 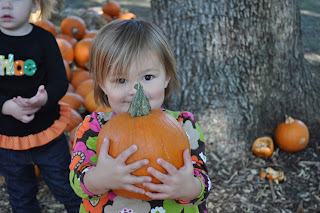 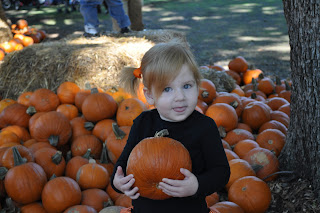